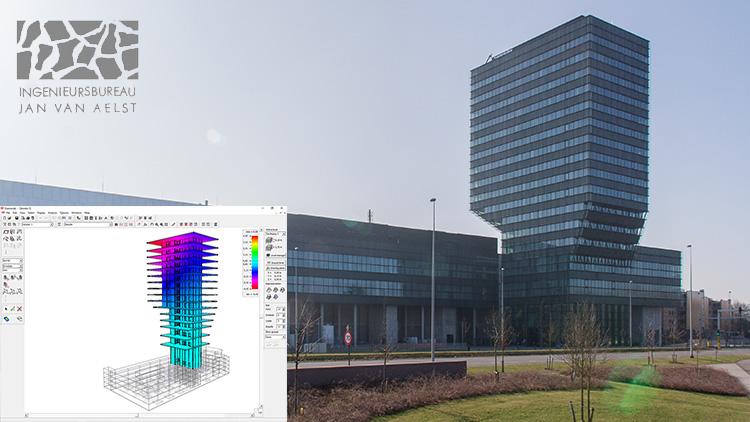 Engineering consultancy firm Jan Van Aelst (Antwerp, Belgium) was faced with the challenge of translating the architectural design proposed by the internationally acclaimed architects Baumschlager Eberle into a structural design. Just the thing for them, as M.Eng. Jan Van Aelst says: "Structurally thinking along with builders and architects, and actively contributing to the architectural value of a building: that is exactly what we have made into our very own trademark since we started 30+ years ago. This approach is very much appreciated by the many renowned architects that we work with, such as Baumschlager Eberle, Crepain Binst and SVR-ARCHITECTS.

Also, we work quite often with real estate developers such as CORES Development and Immpact. To develop an architecturally pleasing building, we work with them very closely to identify the most suitable structural design and to evaluate the impact of that design on cost. For every building that we work on, one can easily think of 10 different structural designs. By using 3D structural design analysis software, we can quickly explore various alternatives and choose a design that best fits the needs and expectations of our client. We have been using BuildSoft’s Diamonds software intensively for many years. For our team of 5 structural engineers, it has proven to be an indispensable tool for the structural design of increasingly complex structures as can be found in many modern architectural designs."

The imec building is an excellent example of that. It includes an underground car park comprising four basement levels, a laboratory stretching over two floors, and the actual tower with its 16 levels of office space accommodating 450 people. From top to bottom, this building is fully packed with structural challenges.

However, it's the superstructure's design of an upwardly widening dual core that mostly catches the eye. It has all upper floors cantilevering, without any columns in the tower building’s facades to support the floors. "The Diamonds 3D model was obviously indispensable to evaluate the effects of wind loads on this kind of structure" Jan Van Aelst continues.

The imec tower building is packed with structural challenges. The Diamonds 3D structural analysis model of the upwardly widening dual core and the cantilever upper floors allowed to detail the structural design – including the process needed to limit floor deflection differences between floor levels. 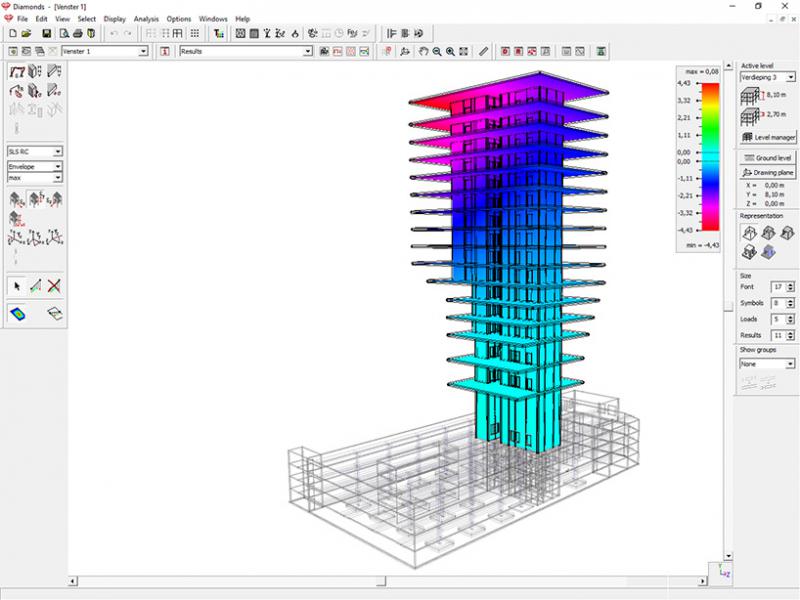 Another project in which engineering consultancy firm Jan Van Aelst worked closely with Baumschlager Eberle is the Maison du Savoir of the University of Luxembourg. Realized by the Fonds Belval (established to revalue the former Arbed site), the Maison du Savoir includes offices, underground parking as well as various auditoriums and seminar rooms. From a structural point of view, this building holds significant challenges - including the design of the 65-meter high tower building and the 26-meter long 3-storeys high cantilever.

The 3D Diamonds model was essential to realize an optimal structural design of the Maison du Savoir that accounts for the bending moments induced by the 26-meter long 3-storeys high cantilever. 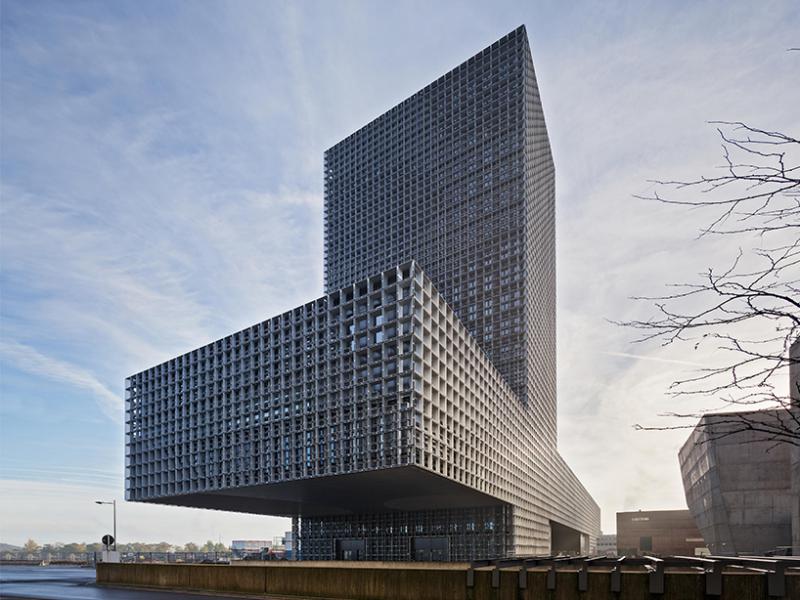 "Again, the 3D Diamonds model helped us achieve the insights that were needed to deliver an optimal structural design," says Jan Van Aelst. "It need not surprise that the 26-meter long cantilever induced important bending moments between the columns and beams of the building facade. Based on this 3D model, all connections between columns and beams were detailed as hinged connections. That allowed us to ensure that cantilever deflections did not introduce bending moments into the facade that could not be accommodated."