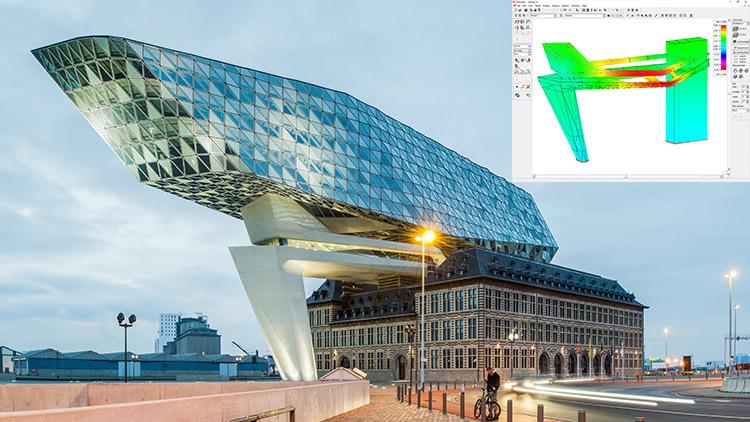 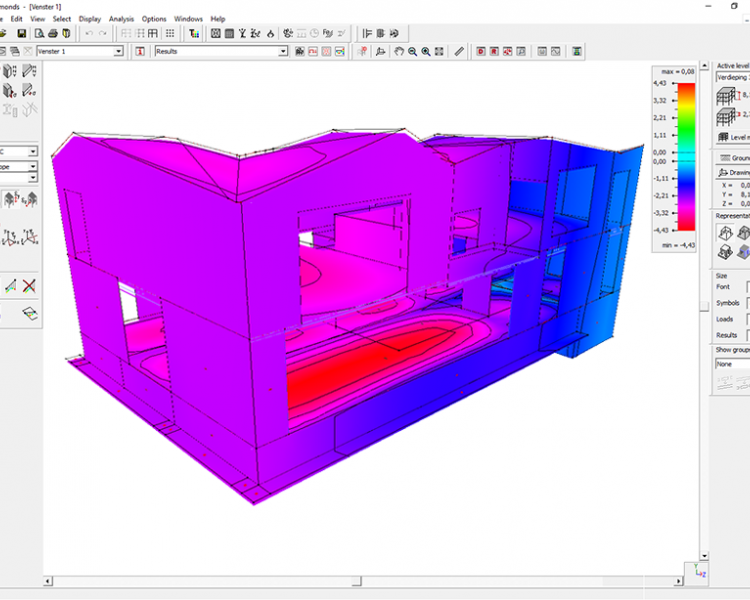 Working on the building process

The Antwerp Port House, designed by Zaha Hadid Architects and realized by Interbuild, is a building of an entirely different scale. But whereas the result is very striking, there are also many fascinating things to tell about the building process itself - in particular about the role and the importance of creative structural design analysis.

"Look at the bridge structure that supports the diamond-shaped volume, and that integrates this volume with the renovated fire station below," says Tom Molkens. "To realize a bridge that is as light as possible and yet provides sufficient strength, the structure was designed as an ensemble of two box girders that jointly ensure the required load-bearing capacity. Stubeco was called in to research creative building methods that eliminate the need to further strengthen the design due to additional requirements during the building process."

A solution was developed to increase the load bearing capacity by exploiting the interaction between the 23-meter-high support structure and those elements of the bridge structure that can already bear structural loads during the building phase. The POLY support system’s possibilities to quickly and easily dismantle the bridge formwork proved to be a crucial element of this approach. The POLY support elements have a tilting pin that can be unlocked thanks to a simple tap of the hammer. As a result, the inner tube of the support system automatically drops 7 millimeters relative to the outer tube, thereby reducing the load on the supporting structure and making extra load-carrying capacity available. 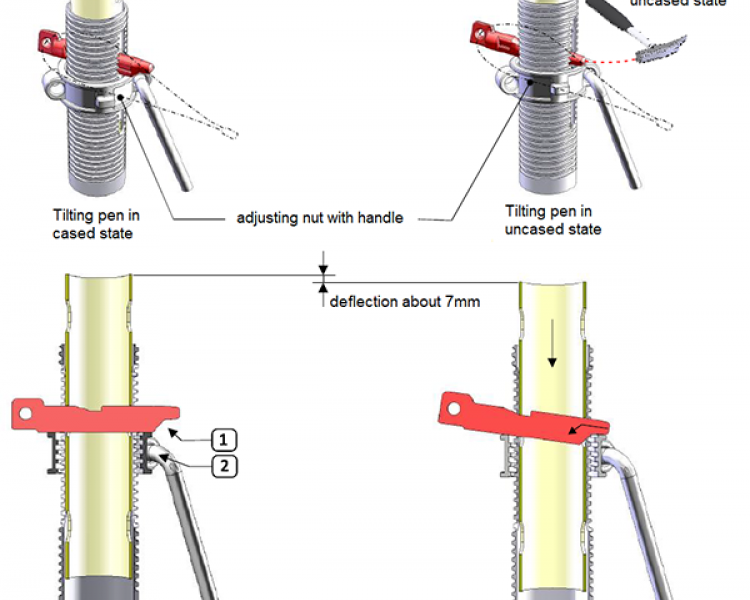 A 3D structural analysis model of the bridge structure was built using Diamonds to validate and verify the feasibility of the selected approach. The bottom girder was defined to be supported by an elastic foundation, to account for the almost uniform support through a large number of POLY elements during the building phase. The properties of this elastic foundation were derived from the compressibility of the POLY elements and the characteristics of the substrate. 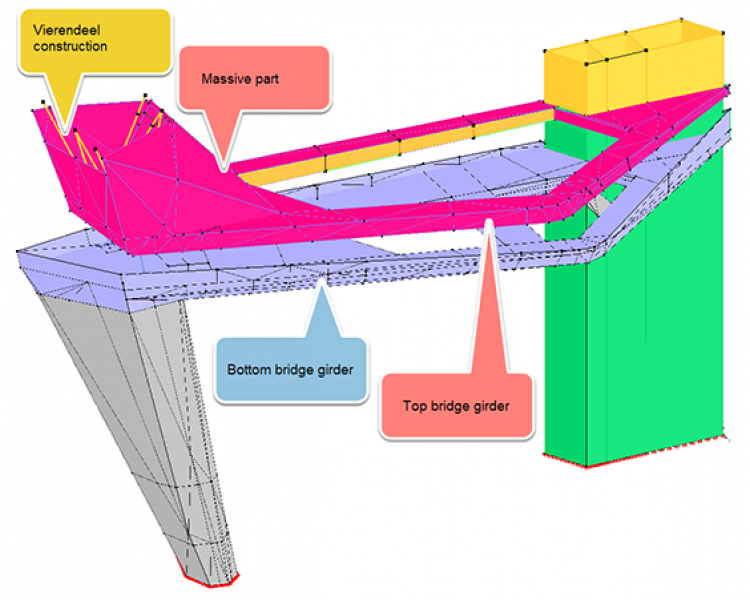 The 3D Diamonds analysis model of the bottom girder of the Antwerp Port House bridge. Being permanently supported by an oblique outer pillar and a vertical inner pillar at its ends, this bottom girder is elastically supported in between both pillars during the building phase. 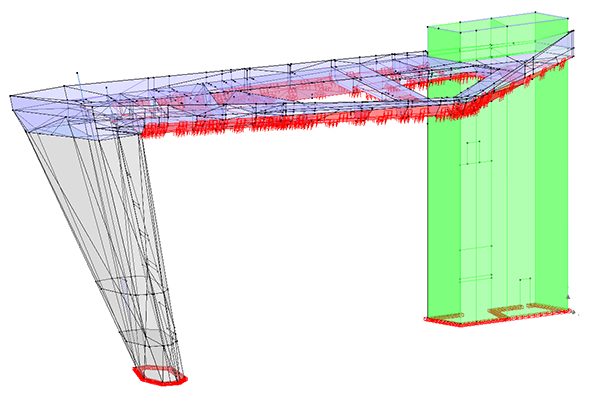 In a first step, the Diamonds analysis model was used to calculate the maximum reaction forces in the supporting structure during the casting of the bottom girder. For this analysis of reaction forces, a sufficiently low E-modulus was used to account for the properties of the freshly cast concrete. Analyzing what happens when the tilting pins are unlocked, 28 days after the bottom girder’s concrete has been cast and just before work on the top girder is started, proved to be far more challenging.

Oo evaluate the impact of unlocking the tilting pins, the effect of a 7mm settlement of the elastic foundation was calculated in a first step. In addition to unloading the supporting structure, unlocking the tilting pins also reduces its stiffness. That is why new and lower spring stiffnesses needed to be calculated iteratively (taking into account the possible deformations and settlements of the foundations), before assessing the extra load-carrying capacity that becomes available in the supporting structure after the tilting pins have been unlocked. This excess capacity was budgeted at 80% of the original load-carrying capacity, which confirmed to provide the potential that is needed to carry the additional loads during the next building phase.

In a second step, the elastic foundation properties were adjusted in the Diamonds analysis model, and it was assumed that the bottom girder concrete had reached a strength C30/37. A load was then added corresponding to the weight to be carried by the bottom girder during the construction of the superstructure. Calculations based on this model confirmed that all forces in the POLY elements remained below the allowable values. However, since the analysis revealed that some deformations were smaller than the 7mm displacement imposed by the unlocking of the tilting pins, an iterative analysis was needed to activate only those supports in the analysis model where calculated deformations exceed a value of 7mm. This iterative analysis did not change the overall conclusion that the load carrying capacity of the supporting structure was globally not exceeded.

Visualization of the calculated deformations of the bottom girder during the construction of the bridge superstructure, revealing the areas where deformations are lower than 7mm. 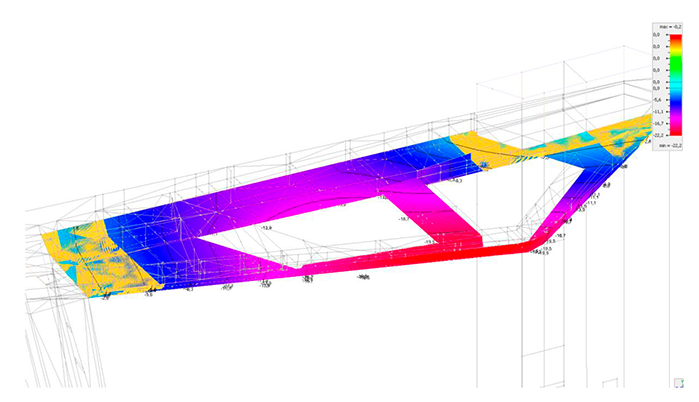 Visualization of the iteratively calculated deformations of the bottom girder during the construction of the bridge superstructure - areas where deformations are lower than 7mm are not supported by an elastic foundation. 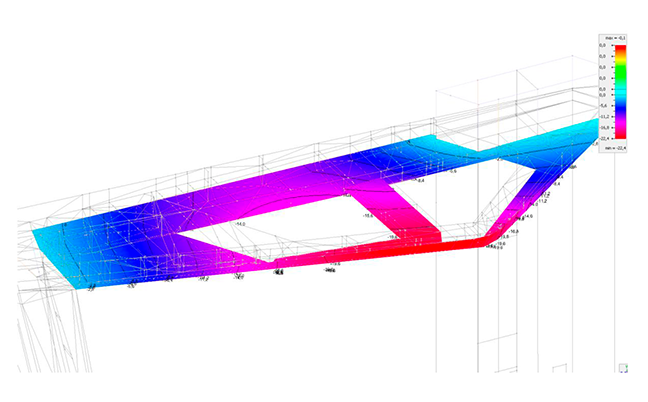 "Unlocking all tilting pins obviously takes quite some time," Tom Molkens explains. "During this process, the load-bearing capacity of the bottom girder is activated in a stepwise manner and the girder will gradually start to interact with the supporting structure. That interaction unlocks the extra load-bearing capacity of the POLY elements. Of course, it should also be checked whether the maximum load-carrying capacity is never exceeded in any of the individual POLY elements while the tilting pins are progressively unlocked. In that respect, the Diamonds 3D analysis model offered all the information that was needed to eliminate the risk of a temporary local overload. Ultimately, this analysis enabled us to define an approach in which the pins were unlocked from the center of the bridge towards both bridge pillars. "

The Diamonds model also proved to be an excellent basis for a whole range of additional analyses. These include verification of bridge girder reinforcement quantities and the calculation of bridge deformations during the construction phase (account for both concrete creep and cracking). Ultimately, the analyses also revealed that a significant part of the supporting structure could be removed earlier than planned. Without risking excessively large deformations or jeopardizing the stability of the bridge, additional savings could thus be realized during the building phase.

Bridge deformations after removal of a substantial part of the formwork (90 days), taking into account concrete creep and cracking (based on minimum reinforcement quantities). 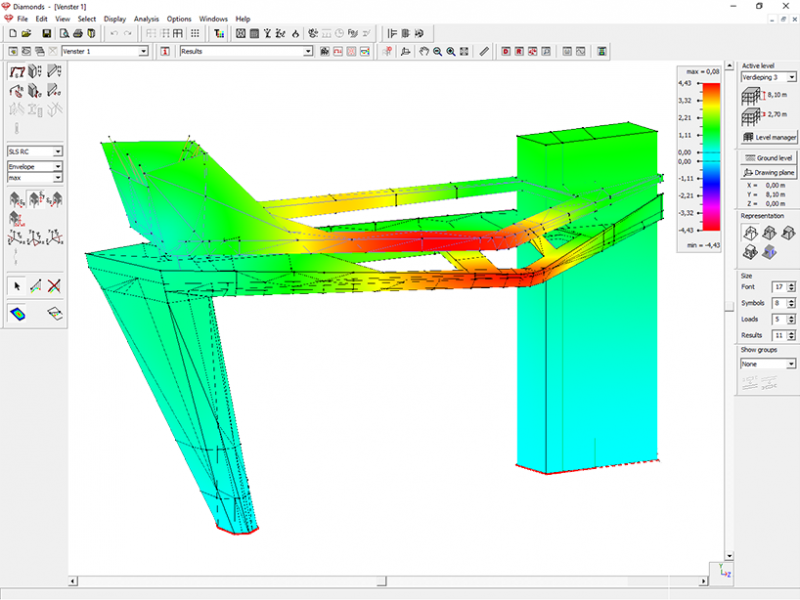 "As a Senior Project Expert at Sweco Belgium, I'm in charge of assessing the feasibility of complex building projects and devising creative structural concepts " Tom Molkens continues. "The new building planned for the Belgian embassy in Rabat is an excellent example. The architects wanted this building to radiate lightness and wanted to underline this feeling by the use of very slender columns on the outside to support the cantilever structure.

Sweco Belgium was consulted to advise on the feasibility of this concept. "The buckling risk of the slender columns was obviously an important attention point," Tom Molkens says. "It was however perfectly possible to control that buckling risk by ensuring that the horizontal loads on these columns were minimized, for example by providing a high amount of in-plane stiffness for the floor of the cantilever structure. Moreover, the use of solid steel sections for the most loaded columns instead of tubular profiles helped increase the buckling capacity of these columns. This kind of smart interventions makes it possible to realize the feeling of lightness that the architects had in mind.

Another requirement related to the evaluation of the impact of an attack. Such an evaluation was carried out on the basis of Eurocode 1.7, calculating whether the structure remains intact if columns are selectively removed. Once a Diamonds 3D analysis model was available, it was perfectly possible to perform this kind of what-if analysis for different scenarios. Personally, I find this to be the great power of 3D analysis software and a major enabler to explore and validate creative structural concepts. " 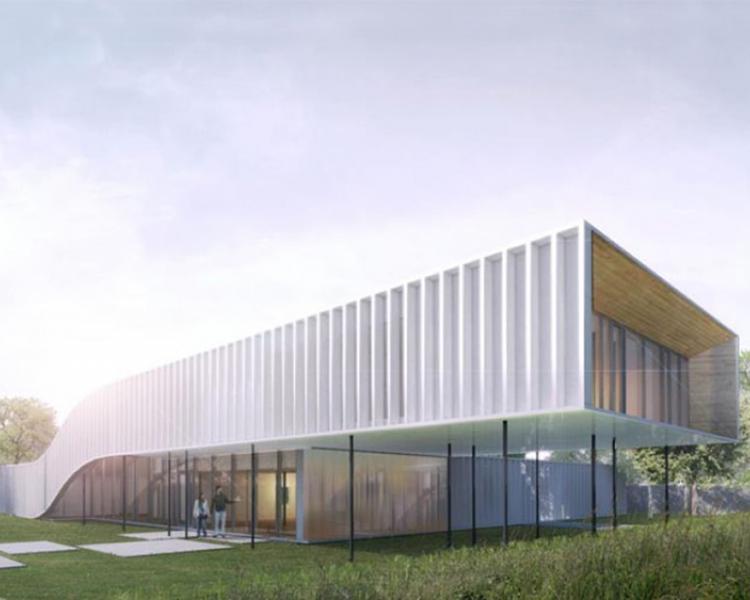 3d rendering and 3D analysis model of the new design of the Belgian embassy in Rabat (Morocco). 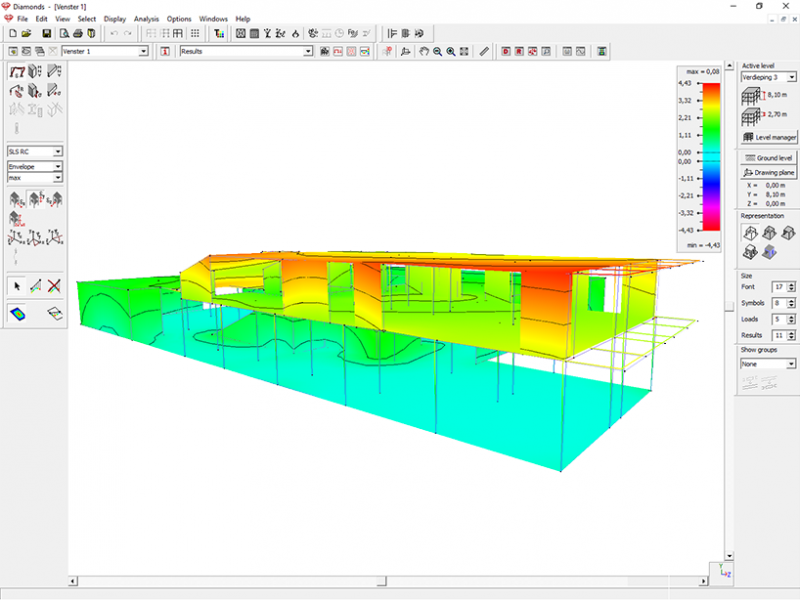