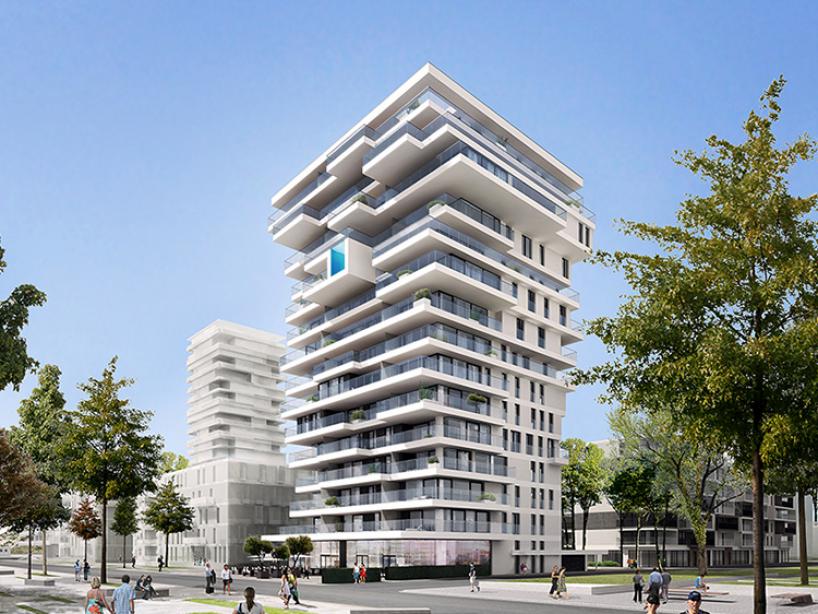 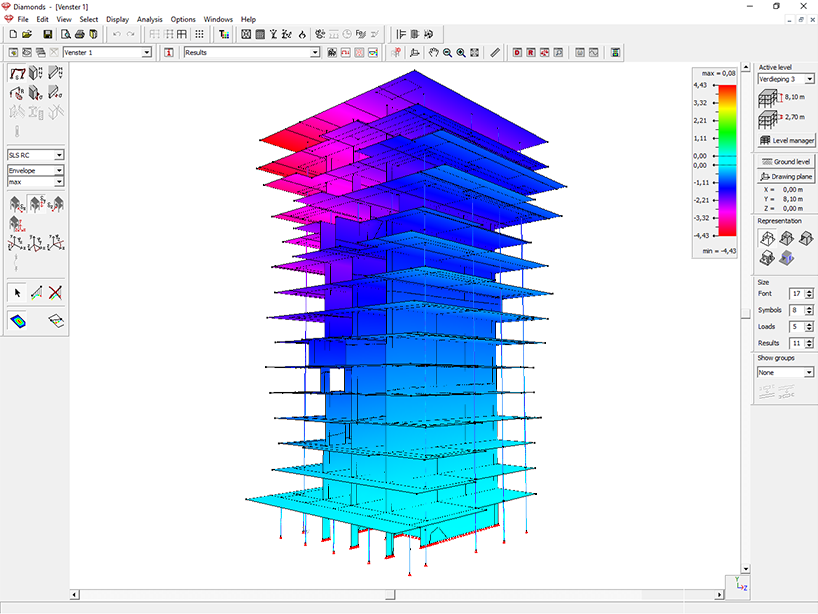 The iconic Baelskaai 12 residential tower in Ostend is the first realization within Bouwgroep Versluys’ and CFE’s New Waterfront City housing project. The building is a design of CONIX RDBM Architects and has been built by MBG. New Waterfront City follows the trend seen in many European cities to transform old ports into trendy residential and working areas.

"Baelskaai 12 is the first high-rise building of that size and complexity for which we used BuildSoft’s Diamonds software to do the structural design analysis in 3D," Koen Coelus continues. "Every floor of this 48-meter high tower building is unique. The concrete load-bearing walls stagger from one level to the next, while some of the post-tensioned concrete floors cantilever 6 meter to realize the 'living outdoor' terraces that offer a unique view of the sea, the dunes and the port of Ostend. And two cantilevering outdoor swimming pools are the icing on the cake. Without the use of 3D structural analysis software, it would have been impossible to perform a reliable loads descent or to calculate stresses in the concrete walls."

"But that was not the only reason why we used the Diamonds structural analysis software during this project," Maarten Vervaet adds. "Because of the highly asymmetric design, we also had to carefully manage the differences in elastic shortening on both sides of the building. Because of these differences, even the permanent loads induce important horizontal deformations of the entire building structure. The calculation of these deformations made it imperative to perform a 3D structural analysis.


And finally, the 3D structural analysis also enabled us to deal smoothly with any changes in the design as requested by either the architect or the owners of the apartments, such as pairing two adjacent apartments or shifting load-bearing walls. During all our high-rise building projects, we have repeatedly seen that the ability to iterate the design has become critically important. Thanks to 3D structural analysis, we can respond quickly to any requests that come forward."