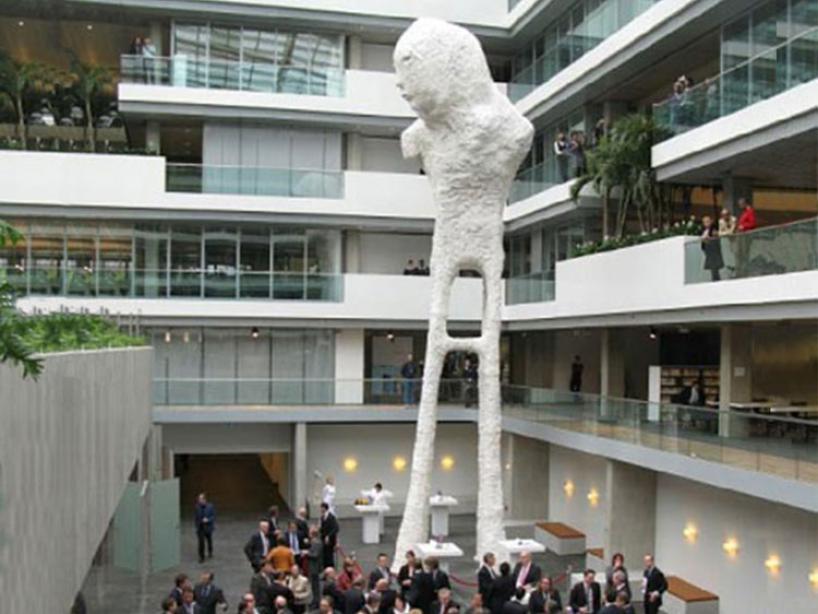 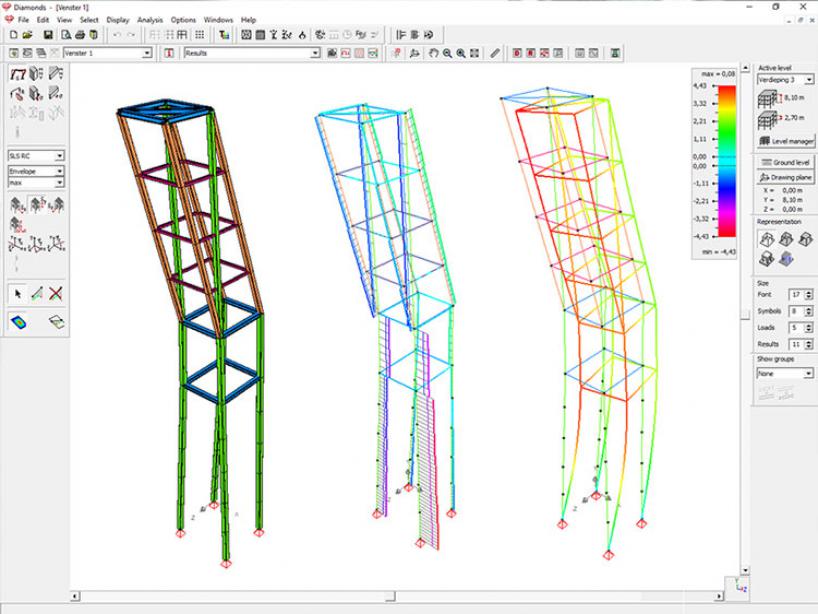 The Flemish artist Johan Tahon was commissioned by the Dutch 'Atelier of the Chief Government Architect" to make a monumental plaster sculpture titled "New Seismo". The statue is 14 meters high and is located in the huge new atrium in the Ministry of Finance in The Hague. The building has been designed by architects Meyer and Van Schooten and calculated by Engineering office De Paepe.  The enormous sculpture, shown from the chest, rests on four legs. It is constructed from a steel frame covered with plaster.

The name 'New Seismo' refers to the seismograph that records the vibrations as it were, through the four legs in this statue. Tahon himself describes the work as a kind of shaman who mediates between the divine and the human. It's a kind of father figure of superhuman size, located in a protective position slightly bending over at the viewer. It brings a warm, human dimension in the ministry, which is usually associated with cold and numeric computations.

Queen Beatrix had inaugurate the statue. In addition, the Queen said that she wanted an artwork piece of Tahon for her private collection.

Structural Engineering Office De Paepe mainly works for private and public construction projects. The office was established in 1992 by ir. Hendrik De Paepe  and has meanwhile been able to create a respectable reference list of stability and road infrastructure, ranging from studies for the petrochemical industry, public authorities, real estate companies to nursing homes and hospitals.