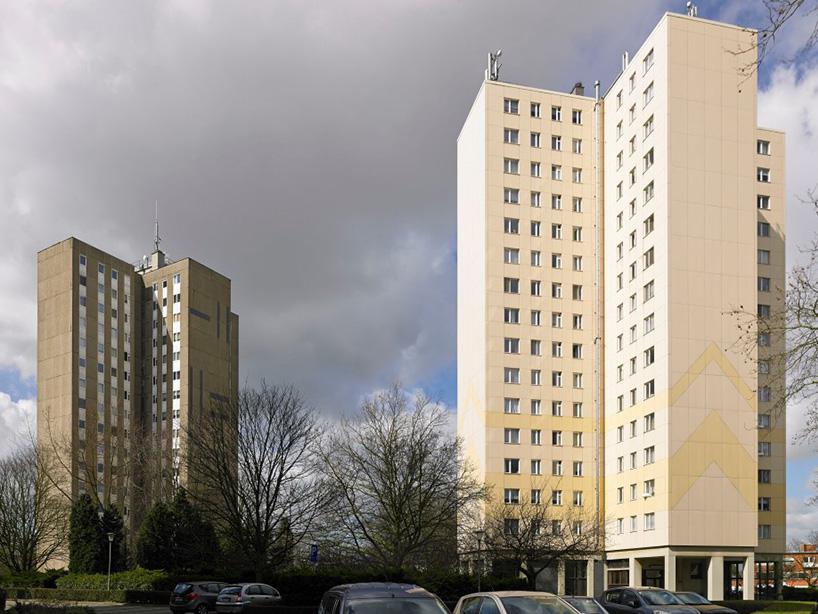 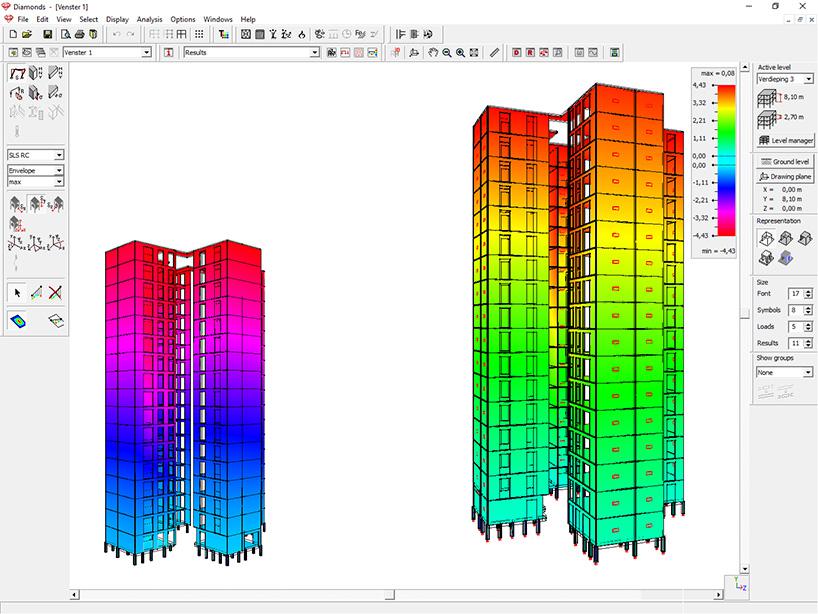 A very special project (developed with A2D Architects), is the renovation of the six Vinkenvelden residential towers in Hoboken (Belgium). These towers were built in the 1960s and needed a thorough renovation to meet modern safety and comfort standards. Any such renovation should, however, respect the unique architectural value of these slender cruciform towers. Also, the renovation needed to be carried out within the budgetary margins imposed by the authorities in charge of the building complex.

To keep a sufficiently high budget available to be invested in extra comfort for the residents, a renovation concept was chosen that required an absolute minimum of structural interventions. Originally, the residential towers were built against a central core, and that central core direly needed to be replaced.

"At the request of the contractor," says Jan Van Aelst, "we investigated whether it was possible to remove the existing central core. The question whether the remaining part of the tower would stay upright once the central core has been removed naturally arose during that analysis. That question was all the more pressing since previous studies had shown that the walls of the tower buildings had been designed as precast walls."

The residential towers were therefore modeled in Diamonds, subjected to wind loads and taking into account any other loads that are present. The structural analyses clearly showed that the towers would remain standing after the demolition of the central core, but that the displacements at the top of the tower would become too large to keep things safely under control. It was therefore suggested to the client to realize a concrete crown on top of each tower, before actually starting the demolition of the central core. Each crown was to have a large central opening, providing the contractor with permanent access to the central core.

The crown’s central opening guaranteed that vertical transport of materials and equipment would remain possible at all times, and provided the access that was needed to pull down the central core down to the level of the foundations. The existing foundations were reused, while adding new foundations at the same time, before starting to build the new central core and connecting it to the existing concrete walls.

This innovative, yet unseen, building method involves quite a few advantages compared to a more traditional approach in which the central core is broken down in several stages and is being rebuilt bit by bit. According to Jan Van Aelst “the contractor can work in a more cost-effective way to build a brand new central core within the existing building. That adds significant value for the client, and without 3D structural analysis it would have been impossible to assess the feasibility of this unique construction method." 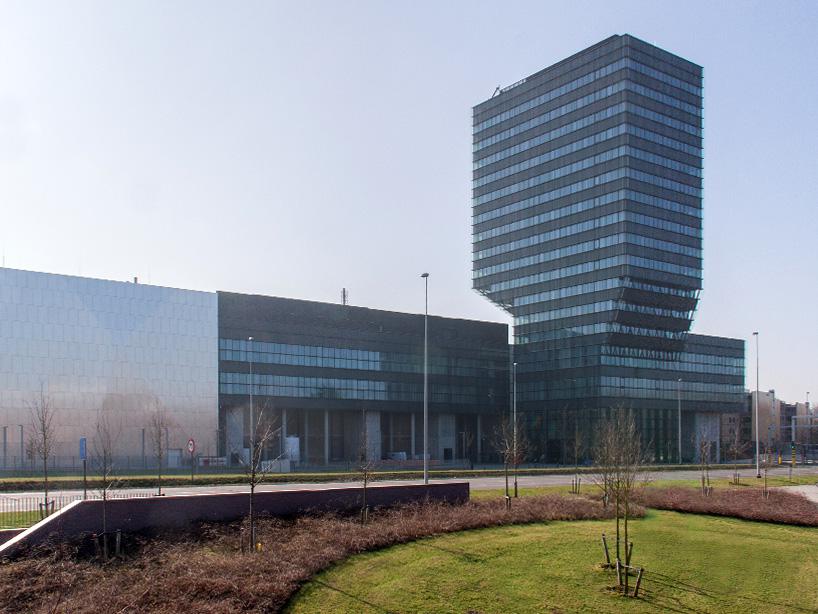 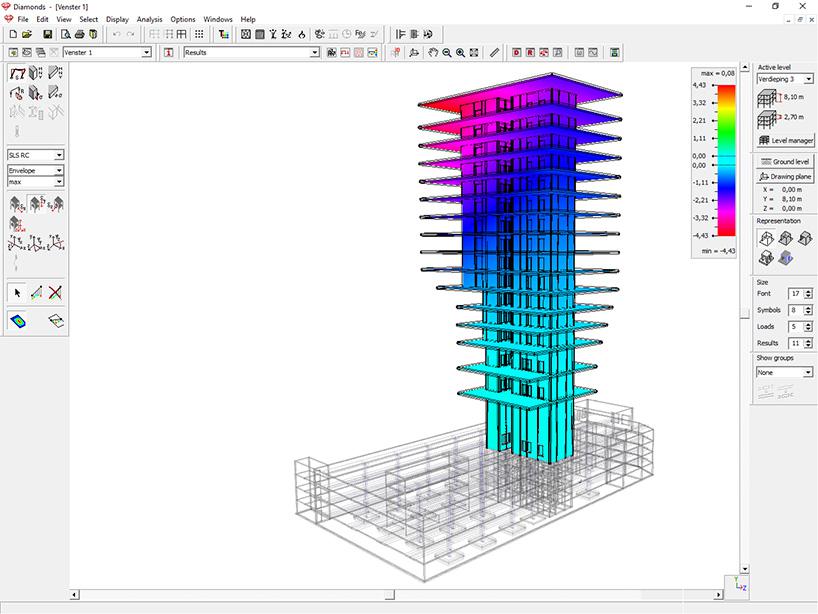 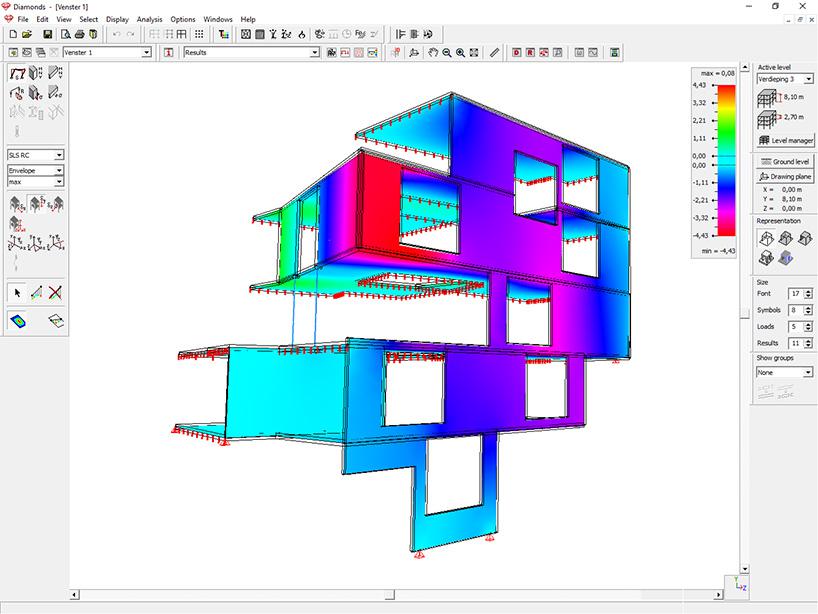